Related to UN SDG:
What are the UN SDGs?

Artificial trees that breathe in carbon and emits oxygen.

On May 19th London’s Science Museum will commence the ‘Our Future’ exhibition showcasing a series of environmental technologies, among them being the gas-harvesting Lackner artificial tree that breathes in carbon and emits oxygen.

The exhibition will centre on carbon capture, giving us the chance to see the potential of turning extracted greenhouse gases into pens, yoga mats, bottles of vodka and tubes of toothpaste. Read more here.

The partnership aims to invest in technology companies that specialise in reducing carbon emissions. With a combined $600m (£433m) the joint initiative also has a fundraising target of $1bn(£721m) with a view to raise third-party capital from investors. Read more

The 40,000-square-foot facility opened its doors on Earth day April 22nd, with a ribbon-cutting ceremony in Houston Texas. The first wave of around 30 green energy startups will utilise the new hub in a matter of weeks. Read more here.

ScottishPower has put forward plans to develop a new ‘environmentally friendly’ Hydrogen Facility near Glasgow. The subsidiary of Spanish utility Iberdrola said it will utilise the UK’s largest electrolyzer, with a view to use a 20 megawatt (MW) electrolyzer powered by a 40 MW solar farm. Read more here.

US To Track Plastic Waste With GPS

Scientists in the US are planning to place GPS devices inside plastic bottles with a view to track polluting trails down toward the Gulf of Mexico via the Mississippi river. The initiative was launched last Saturday aimed at highlighting the issue of pollution in the region and to gather data on how to restrict and eradicate the passage of waste. Read more here.

The new Education and Training Foundations’s (EFT) practitioner award ‘EdTech Super Contributor badge’ has been awarded to Sunderland College’s Engineering Lecturer Christopher Lindridge. The award looks for excellence in utilising the enhanced Digital Teaching Platform for the greater good of the students. During the past 12 months this platform has been vital while promoting teaching across the country. Read more here.

Globally distributed venture Builder Satgana are investing up to €20m(£17.4M) in startups that address the UN SDGs. With this venture Capital fund they aim to build and invest across Europe.

Satgana Founder and CEO Romain Diaz has took to twitter highlighting his investment thesis in 17 Tweets no less. Diaz also announced his goal to launch 20 start-ups with a double or triple bottom-line approach in the next 5 years. Read more here.

Having a Gander at stopping food waste

Food waste reduction app Gander has been having great success in Hinckley, Stoney Stanton, Coniston Way and Attleborough. The vital scheme will now see its net broaden across Leicestershire and Northamptonshire.

Gander gives us the chance to see real-time availability of reduced-to-clear products in shops near to home, vastly reducing food waste and helping keep that weekly food cost down. Read more here.

For over 10 years the co-founded Tech4Good award has celebrated the young pioneers helping to build a ‘brighter and greener future’. The award looks to recognise the individuals and organisations “who use digital tech to improve the lives of others, and make the world a better place.” Read more here.

AR and VR helping to boost the Tourism Economy

Companies such as First Airlines have been coaxing those potential travellers out of their bubbles with immersive virtual and augmented reality travel “trips”, helping to improve the prospects of destinations that depend on tourism to survive. Read more here.

Investors look to AI in Education to raise US Literacy, ClimateTech FOMO

US Supreme Court Uses Video Calls To Clear The Backlog

During the Pandemic we have seen endless waiting lists and restrictions on vital services, no more so than on the justice system, an operation vital for those who need resolution and support. By using video calls the Supreme Court has vastly reduced its waiting times and cleared its backlog of cases. The annual report from the Supreme Court has shown that appeal waiting times have dropped to a historical milestone of 14 weeks. Read more here.

Here at Wellthatsinteresting we are keen to support technology companies who aspire to change the world for the better, those who can align their work towards positive progress on the UN SDGs. If you are one of them, or know someone who is, please get in touch or share your news here.

DO SOME MORE GOOD.

When you use the form below, I will sponsor the planting a tree on your behalf. 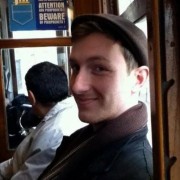 Matthew is a freelance multimedia Journalist, Content Writer and Editorial Consultant. He has worked across the media landscape in radio, podcasts, print magazines and Digital management. Matthew has covered politics, technology, current affairs, business and finance. After presenting and producing shows, consulting for and managing digital platforms Matthew has shown a driven desire to create compelling and insightful content, as well as proficient social media engagement. Get in touch with Matthew here or connect with him on LinkedIn for tips and opportunities.

Get inspired by news and stories of how tech is making this world a better place.

Subscribe for twice-monthly TechWithPurpose updates sent directly to you.

Sign up for interesting tech news that others love!

Like most websites, Well, That's Interesting Tech relies on small files called "cookies" to work properly and to deliver you the best, most relevant experience. I'm sure you already know that I need to ask your permission, so here were are.
You know what to do...
Do not sell my personal information
OK, cookies are fine. No, I reject your cookies.
Cookie settings
Manage consent

This website uses cookies to improve your experience while you navigate through the website. Out of these cookies, the cookies that are categorized as necessary are stored on your browser as they are essential for the working of basic functionalities of the website. We also use third-party cookies that help us analyze and understand how you use this website. These cookies will be stored in your browser only with your consent. You also have the option to opt-out of these cookies. But opting out of some of these cookies may have an effect on your browsing experience.
Necessary Always Enabled
Necessary cookies are absolutely essential for the website to function properly. This category only includes cookies that ensures basic functionalities and security features of the website. These cookies do not store any personal information.
Functional
Functional cookies help to perform certain functionalities like sharing the content of the website on social media platforms, collect feedbacks, and other third-party features.
Performance
Performance cookies are used to understand and analyze the key performance indexes of the website which helps in delivering a better user experience for the visitors.
Analytics
Analytical cookies are used to understand how visitors interact with the website. These cookies help provide information on metrics the number of visitors, bounce rate, traffic source, etc.
Advertisement
Advertisement cookies are used to provide visitors with relevant ads and marketing campaigns. These cookies track visitors across websites and collect information to provide customized ads.
Others
Other uncategorized cookies are those that are being analyzed and have not been classified into a category as yet.
Powered by