Related to UN SDG:
What are the UN SDGs?
Technology With Purpose Leader Interviews:

Does Your Job Give you "Goose-Bumps" of Excitement?

Allow yourself to forget about titles, forget about salary benchmarks. Just think about what you want to create.

COO, Kenjo
Francesco shares his personal story of giving up everything to explore and learn about new cultures, and his challenges in translating that into something that made sense when he returned home, and the ying-yang between intrinsic and extrinsic motivation.
Don’t Miss OutInterviews By Email

This video transcript is automatically generated by YouTube, so grammatical and typographic errors are often likely. If in doubt, please consult the original video above.

big because that's your personal drive that's your intrinsic drive you want to create goosebumps for people that's going to make you get up in the morning you know and uh did that a bunch of times and so my word of inspiration would be just allow yourself to um forget about titles forget about salary benches forget about anything just think about what would you do if you are bored and what what what do you want to create hello and welcome today i'm delighted to have francesco join me from kenjo so francesco thank you so much for joining me today please tell me a little bit more about yourself nice to meet you scott thank you so much for inviting me i'm uh i'm francesco uh carbone actually i'm born and raised in germany i got my beautiful name from my father from napoli and um and i'm working with kenjo at the moment the ceo that doesn't really say much but what i'm what i'm in charge of is people and product and also um parts of where we're headed with our strategy basically and yeah i'm delighted to meet you today to speak about about purpose one of my favorite topics yeah absolutely thank you so you know what i'm trying to cover on on this series is really to understand interesting technology that is really helping to move us closer towards the united nations sustainable development goals um but also understand importantly the people behind that you know what motivates the people why they do what they do and you know how they how they move from one day to another and yeah i think a big reason for that is that we are in a very weird time of our lives hopefully it's a blip in our 80-year lifespan um but there's a lot of i think we all need some interesting interesting viewpoints and different viewpoints and understanding how people what drives people so i'd really like to ask you the question yeah what drives you why do you do what you do yeah so i always say there there are two two stories there's a very personal story and and let's say a rational story um maybe maybe the more relatable one is the personal uh it's it's basically uh so so i'm working since 15 years uh that that's a long time for me it's a long time and uh half of it um i really didn't like working that's just how easy and simple that is that that's where my energy comes from that's why i want to change things is because i know exactly how it feels to be in a job where you just don't want to get out of bed in the morning it's it's like it takes all your energy just to do the first time and go out um or you have this moment like why am i even doing this and i'm not really leaving any any positive mark here and uh and i was working in in yeah essentially the first half of my life in jobs like that and uh and i was uh crazy enough to think i can change that yeah so i i thought this this must be better yeah so i was on a sabbatical in the u.s for half a year i i sold my car i um i cancelled my apartment um i yeah i stopped everything uh quit my job of course and took the little bit of money that i that i earned back then and just disappeared and yeah in the in the west coast san francisco la uh san diego but also seattle portland i met people that told me about different ways of working and more freedom based and focused on on on bringing people in in their flow and so on i was like wow this is new i've never heard about anything like this you know i thought i was paid for showing up you know that that's what i'm what i've been thoughts of the thought so far and um i said well maybe maybe this can work in germany too right so um so i went back and started to look for jobs that would you know build this and uh we eventually realized that there's almost nothing like uh just a couple years ago so like six seven years ago germany was um not really investing in new ways of working so much i it's quite a quite a new topic actually still and now everyone knows it everyone talks about it um anyways what i found was a position as a as a feel-good manager in in a german dating app called la vu it's like similar to to tinder probably and and they were heavily invested into um employer branding and those topics and and i was mainly in in charge of that and that was that was my foot in the door in this topic basically and since then um i have like worked in in every year in a new company or consulted or um many many different things uh to arrive where i'm right now and with my massive learning curves in the last six seven years and now arrived at kenzo to reach as many people as possible

and from a purpose driven side

that's the number one thing i would say 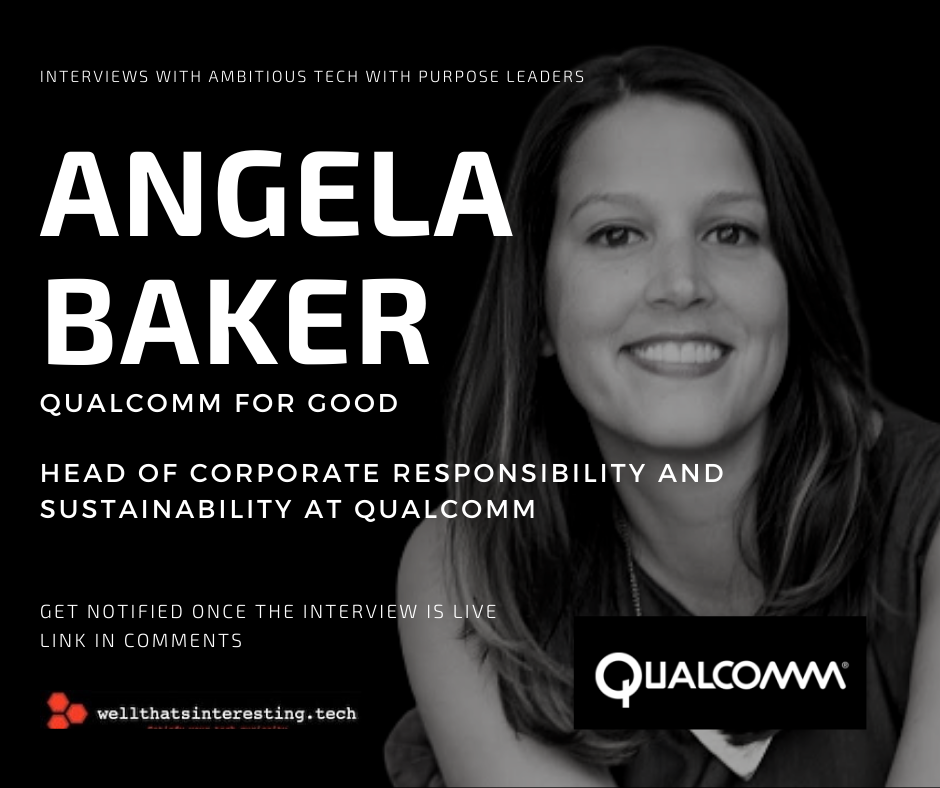 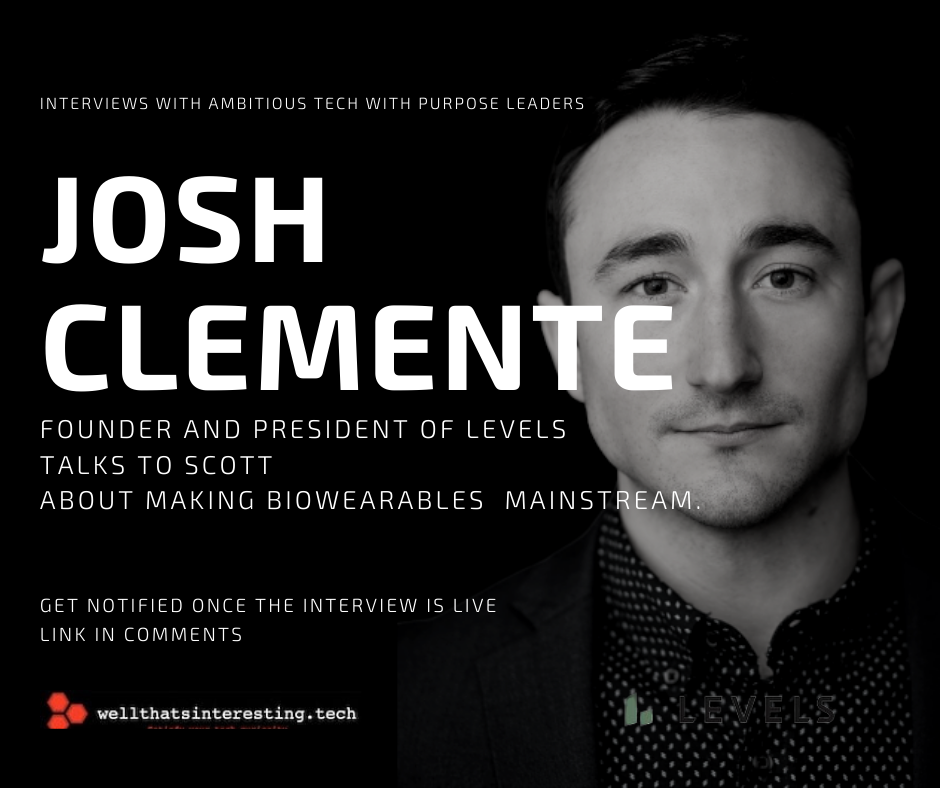 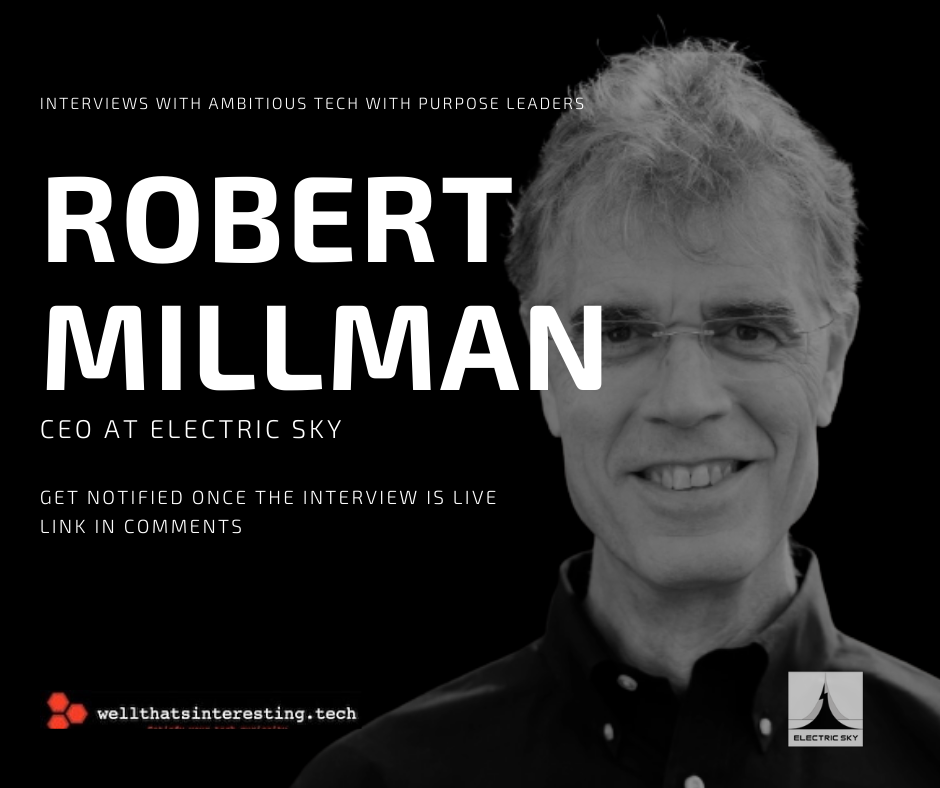 My Thoughts on the Conversation

Francesco shares with us personal experience of just not wanting to get out of bed in the morning. He tells of his journey of finding purpose and how that took him on a journey across the United States.

I'm sure many of us have had those morning where you just don't want to get out of bed, and question why on earth we are doing this. I certainly have had those moments. Two, in particular have shaped my journey. One where I realised if I stopped doing what I was doing, no one would really care, and another moment of awakening whilst washing dishes looking in a grey, wet November sky.

Francesco took a more radical approach, giving up his possessions and traveling to the West Coast USA to learn how work doesn't have to be just about 'turning up', and how to find your personal 'flow'. It was really interesting to hear about the culture shock, both in going to the USA, and when returning and trying to share his experience in Germany.

The topic of intrinsic and extrinsic motivation was also interesting. Francesco discovered ownership and creativity can motivate way beyond the ability of duvet-days, foosball tables, parties and even salaries. I've certainly experienced this too. Novel incentives quickly become the "norm", and then they loose their 'wow factor', meaning companies have to create even more novel, whacky ideas to incentivise staff. The other approach is to encourage them to find meaning and purpose in their work, through some degree of autonomy, ownership and creativity.

Francesco talks about a "ying-and-yang" between extrinsic and intrinsic motivation, and how employers can help provide their teams with a purpose bigger than themselves to create that intrinsic motivation. These ideas are easy to say, but harder to achieve. In many companies the idea of giving staff autonomy and purpose seems almost impossible. Francesco agrees, the easiest thing to do is to throw a party, or have workplace food/drinks, but that only goes so far. He says it takes bravery to truly listen to what your teams need, and even more to act on it.

I thought his advice on goose-bumps was a very interesting perspective - does your work give you goose-bumps of excitement? Can your actions excite and motivate people in the same way?

I hope you enjoy the video, please let me know in the comments below.

I can't wait to learn more about his Military Police raid story, perhaps I'll be able to share that another time. 😁

Also, if you want to help reforest the planet and keep up to date with the latest interviews, signup for email alerts below.

I will sponsor a tree to be planted for each and every subscriber to this website. Sign up and plant a tree now 🌳👇

Keep up with the interviews

I am on a mission to tell the story of the leaders, companies and technologies that aspire to change the world for the good. Working with me will give you and your brand additional visibility and kudos. Plus, I’ll share your message far and wide.

Find out more how I could help you be seen, differently here.

Choose How To Be Involved

Don't Miss Out On Upcoming Interviews

Plus, when you sign up I'll plant a tree on your behalf.

Scott is an Independent Technology Analyst, Content Writer and Connector of interesting people. Scott is a technologist at heart, with a history of technology innovation and marketing leadership roles. As the founder of this website and several other businesses, he is passionate about helping technology companies communicate their relevance and awesomeness in a way that engages and excites everybody. Get in touch with Scott here or connect with him on LinkedIn. Learn Scott's tips for content marketing, download his free template here..

Get In Touch
Sign up for interesting tech news that others love!

We use cookies on our website to give you the most relevant experience by remembering your preferences and repeat visits. By clicking “Accept”, you consent to the use of ALL the cookies.
Cookie settingsACCEPT
Manage consent

This website uses cookies to improve your experience while you navigate through the website. Out of these, the cookies that are categorized as necessary are stored on your browser as they are essential for the working of basic functionalities of the website. We also use third-party cookies that help us analyze and understand how you use this website. These cookies will be stored in your browser only with your consent. You also have the option to opt-out of these cookies. But opting out of some of these cookies may affect your browsing experience.
Necessary Always Enabled
Necessary cookies are absolutely essential for the website to function properly. This category only includes cookies that ensures basic functionalities and security features of the website. These cookies do not store any personal information.
Non-necessary
Any cookies that may not be particularly necessary for the website to function and is used specifically to collect user personal data via analytics, ads, other embedded contents are termed as non-necessary cookies. It is mandatory to procure user consent prior to running these cookies on your website.
SAVE & ACCEPT